Diseases. Pests. A hotter, drier climate. More frequent flooding. These are just a few of the rising threats to crops that produce some of your favorite foods and beverages.

Agricultural innovations like gene editing could provide the solutions we need to protect food crops that the world relies on, like bananas, corn, oranges, rice, and sweet potatoes, as well as those used to produce chocolate, coffee, and wine. Gene editing is a type of plant breeding that can make crops more resilient; reduce the usage of agricultural inputs like pesticides, fertilizers, and water; and improve the nutritional value of food.

A Wake-Up Call for Coffee Lovers

In the gene editing process, scientists use a molecular tool like CRISPR to make targeted improvements to a plant’s DNA, typically working solely within the plant’s own family. Gene editing’s precision in targeting almost any desired location in the genome is one of its biggest advantages over other breeding methods. For example, taking advantage of this attribute, scientists discovered that they could increase the heat tolerance of tomato plants by using gene editing to inactivate a specific gene within the plant.

In many cases, the same changes made through gene editing could occur through evolution or through traditional breeding methods. But the precision and efficiency of gene editing enables plant breeders to achieve the same result in years instead of decades.

HOW COULD GENE EDITING IMPROVE THE WORLD'S FOOD SUPPLY?

Gene editing could help protect crops, increase food security, and improve the quality of the food we eat in many ways. These improvements include:

• Reducing the damage to crops from pests, diseases, and climate change.

With escalating risks for many crops, time is of the essence for finding solutions. Gene editing could help provide these solutions and sustain these foods for current and future generations.

9 Popular Foods and Beverages That Gene Editing Could Help Save

1. Bananas. Two diseases are attacking the Cavendish banana, which accounts for 99% of bananas exported to the U.S. and European Union. Unfortunately, like most bananas, the Cavendish variety is sterile, meaning it is nearly impossible to breed new, more resilient hybrids. Gene editing may be the solution for introducing genetic diversity. For example, there are more than 1,000 species of bananas in the wild that are not suitable as a food crop but may contain disease-resistant genes that plant breeders could replicate in Cavendish bananas.

2. Berries. Scientists are studying the blueberry genome with the goal of breeding varieties that can withstand diseases — like the mummy berry disease, which has reduced blueberry yields by as much as 80% in some fields. Researchers are also studying the genome of raspberries in an effort to develop a variety that is resilient to raspberry root rot, which can cause the plants to collapse and die.

3. Chocolate. Though a chocolate shortage might sound like a doomsday scenario, it’s not too far from reality. The tree that provides the cocoa for chocolate faces dire threats, including black pod disease and pests like the cocoa pod borer — and scientists expect climate change to intensify these hazards. Researchers are using gene editing to produce a more resilient and high-yielding cacao tree.

4. Coffee. Coffee is among the world’s most fragile crops and faces a triple threat from rising temperatures, pest infestations, and diseases and fungi. Researchers recently characterized the genome of Arabica coffee, which accounts for a large portion of global production. This is allowing plant breeders to explore the use of gene editing to develop disease- and pest-resistant coffee plant varieties.

5. Corn. Researchers are using gene editing to explore drought-tolerant corn that can withstand hot and dry periods. This could help keep the food supply and prices steady, despite a warming climate.

6. Oranges. A deadly citrus greening disease has ravaged orange groves in Florida and recently surfaced in California. Through the targeted precision of gene editing, scientists may be able to make citrus trees more resistant or immune to citrus greening, the bacteria that causes it, and the insect that spreads it.

7. Rice. Research teams are characterizing the genes in rice plants that can help the plants tolerate the increase in acidic soil caused, in part, by changes in climate. These genetic characteristics can be precisely mimicked in regionally important rice varieties to make the plants more resilient.

9. Wine. Pierce’s disease and downy mildew are two examples of current threats to wine grapes worldwide, and the impact is expected to grow as the climate becomes warmer. Gene editing could be one of the best solutions because it is more targeted and precise than other options. Therefore, as researchers activate genes for disease resistance, the grape’s flavor will stay the same. Scientists are developing a variety of chardonnay grapes that is resistant to downy mildew.

The benefits of gene editing are not confined to keeping popular foods available to consumers. Gene editing also could provide consumers with more and better options, including foods with higher nutritional value.

1. Healthier options. Gene editing has the potential to increase the nutritional value and other healthful aspects of the foods we rely on. For example, researchers are exploring ways to reduce the saturated fat in cooking oil, help broccoli retain more nutrients when cooked, and increase the amount of lycopene in tomatoes. Lycopene is an antioxidant that reduces the risk of cancer and heart disease.

2. Longer-lasting freshness. Gene editing has been used to produce a nonbrowning mushroom by making small deletions in a specific gene, and it is being studied as a technique to reduce browning in potatoes, lettuce, and avocados. These are just three examples of foods that can stay fresher for longer through gene editing, helping to reduce food waste and its impacts on the environment. 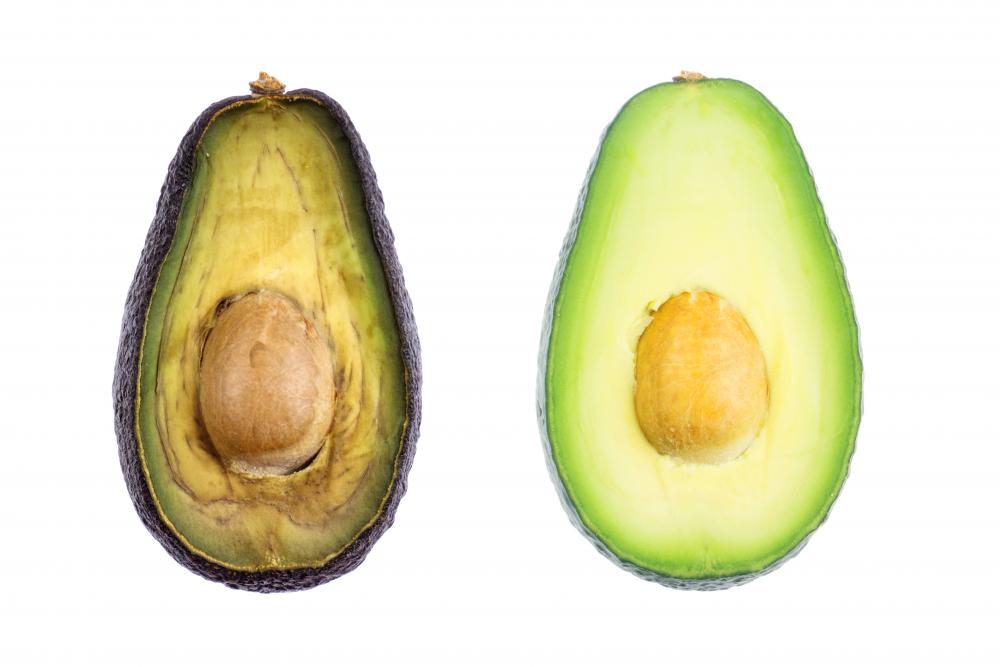 THE FUTURE OF GENE EDITING INNOVATIONS AND FOOD

As gene editing knowledge grows and the number of gene editing applications increases, it can help protect and expand the variety of foods that people want and need. In the articles below, we have highlighted some of the latest discoveries in this technology and what they could mean for the world’s food supply.

LEARN ABOUT HOW GENE EDITING COULD MAKE A DIFFERENCE FOR THE FUTURE OF FOOD:

• Three Threats Standing Between You and Your Morning Coffee

• The Race to Save the Banana from Extinction

Getting to the Root of the Problem

Besides being cold-weather recipe favorites, potatoes, sweet potatoes, and cassava have something else is common. All of them can benefit from gene editing.

How Gene Editing Could Help Reduce Hunger and Poverty

2 billion people did not have regular access to safe, nutritious, and sufficient food in 2019. Gene editing is an innovation that could provide new solutions.