What do Boomers, Millennials, and Gen Zers all have in common with humans that lived thousands of years ago? Like so many things, it boils down to food and the environment.

Since the dawn of civilization, fluctuating circumstances have left us with a shared strive to make crops more hardy, reliable, and productive. Migrating to new areas, withstanding adverse environments, and feeding a growing population have always required that food sources adapt.

Today, though, we face a world that's changing at a pace never equaled before. Anthropogenic climate change is increasing both the prevalence and intensity of extreme weather patterns—droughts, heatwaves, floods—in every corner of the globe. Outbreaks of plant diseases are on the rise. And the world population is expected to hit ten billion by mid-century.

Fortunately, science continues to evolve too. And breakthroughs like gene editing can meet these challenges head on by swiftly and sustainably achieving food advancements that previously took years—even decades.

Utilizing CRISPR, and associated gene-editing tools, scientists can improve crops with the utmost precision at the molecular level. The mechanism works by removing or replacing specific genetic sequences in an organism's DNA. Rather than insert foreign genetic material, it simply accelerates the spontaneous beneficial mutations that would occur naturally over time.

Gene editing is entirely upending what's conceivable in the field of agricultural improvement.

The techniques are more cost-effective, fast, and versatile than conventional plant breeding methods. The health possibilities are endless: reduced-gluten wheat, low-fat soybeans, and more nutritious rice. As are the potential environmental benefits—crops can be genetically altered to require less water, tolerate drought, and be more productive per square foot. 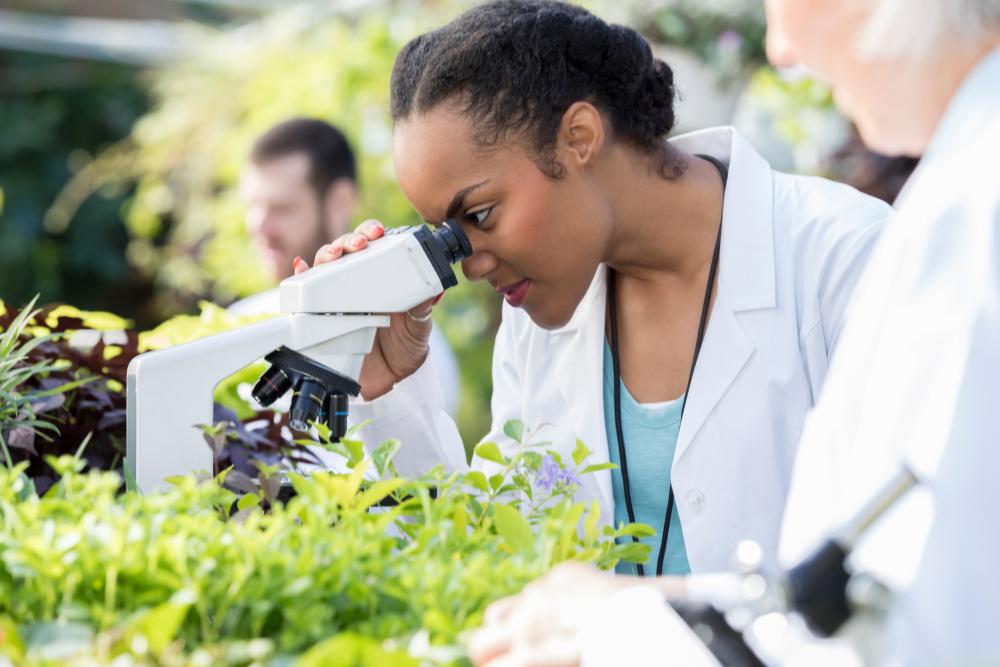 For instance, researchers at Indonesia's Bogor Agricultural University just developed semi-dwarf rice plants, which can generate higher yields than traditional varieties. A team from the Chinese Academy of Agricultural Sciences recently used CRISPR to produce a wheat strain with greater nitrogen use efficiency and production stability. And at Australia's Queensland University of Technology, researchers created a variety of banana resistant to TR4—a fungal disease that threatens one of the most widely consumed fruits.

Meanwhile, at Kenyatta University's Plant Transformation Laboratory, a scientist is currently working on CRISPR-edited maize lines that have broadened tolerance to drought and oxidative stress. And the North Carolina-based company Pairwise is pursuing seedless berry crops with year-long growing seasons.

Of course, materializing these innovations is still just half the battle—ensuring they're equitably deployed is of equal challenge and importance.

As noted in a recent International Business Times op-ed, a tool—even one as revolutionary as gene editing—can only truly address the world's most pressing problems if it's made accessible to every farmers in every region. And global gatherings, like the upcoming United Nations Food Systems Summit in New York, provide invaluable opportunities for stakeholders to create a framework that facilitates just that.

After all, despite all prior agronomic advances, a secure and sustainable global food supply has proved elusive. Gene editing could finally spur the food revolution we've been waiting for—so long as we don't erect barriers to its benefits.