Whether you're ordering takeout or cooking up your favorite meal at home, chances are that a cereal crop like wheat, rice or corn is at the heart of the recipe. Lo Mein? Check. Biryani? Check. Tamales? Check.

People all around the world depend on carbohydrate-rich staples to feed and fuel their families. In fact, they're responsible for two-thirds of the world's food energy intake.

Against the backdrop of ever-expanding population growth, climate change is jeopardizing the viability of cereal crops. Rising temperatures are killing wheat and corn during critical points of their growing cycles. Meanwhile, increases in extreme weather–from flooding to droughts–are compromising mass production of rice.

A doom and gloom scenario for global food security isn't a foregone conclusion, though. Scientists have advanced technology at their disposal to climate-proof cereal crops and help ensure that they're around to feed 10 billion people come 2050.

Gene Editing Will Save Cereal Crops

Carbohydrate-rich staples are responsible for two-thirds of the world's food energy intake. Although our food supply faces climate attacks every day, scientists have advanced technology at their disposal to climate-proof cereal crops and help ensure that they're around to feed 10 billion people come 2050. Learn More

The key is gene editing. Through this process, scientists can make swift and targeted improvements to a cereal crop's DNA that maximize resiliency. Below are just a few promising developments:

• Researchers at Lancaster University in England are drumming up ways to help wheat withstand intense heat. They discovered that swapping out one gene for another can create a hybrid enzyme in wheat that facilitates photosynthesis at high temperatures.

• A research team at the University of Maryland is exploring genes that can be mimicked in agricultural rice varieties to tolerate a range of climate-driven stressors–including temperature, disease, and water availability.

• Another team of researchers are using gene editing to engineer drought-tolerant corn, which would bolster the crop's durability under limited water conditions and increase yields.

Safeguarding against climate change and food insecurity requires an urgent, all-hands-on-deck approach. By integrating gene editing into the breeding of our most essential crops, we'll be one step closer to a healthier, more sustainable future. 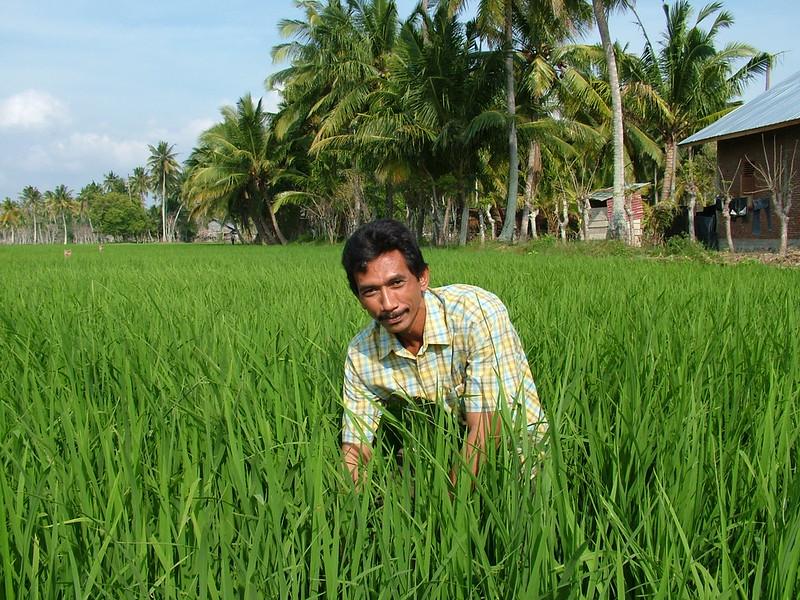