Solving for the Impact of Food Waste on Climate

Every year, 1.4 billion hectares of land are used to grow food that’s ultimately lost or wasted. That’s the equivalent of a land mass twenty times the size of Texas.

This results in less land for forests and flowers to grow and fewer places for animals to live, said Monica McBride, the World Wildlife Fund’s manager of food loss and waste, at a recent panel discussion on food waste, convened by Innovature at the Eaton Hotel in downtown Washington, D.C.

Loss of biodiversity is just one of the serious effects that the billions of tons of food wasted each year has on our planet. Food waste is also a top contributor to climate change. 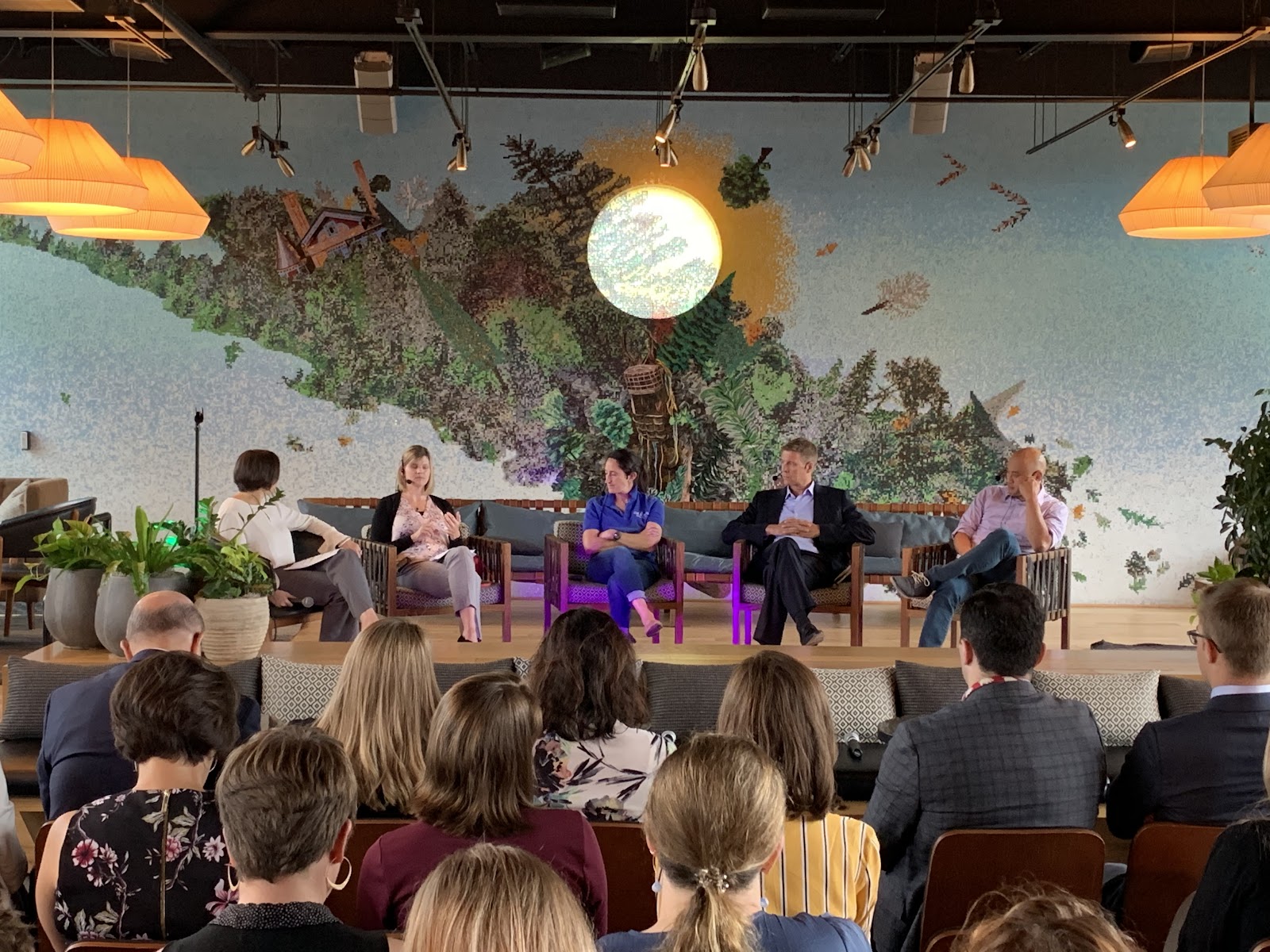 Today, a diverse group of innovative companies, individuals and nonprofits is solving for ways to reduce food waste and limit the impact it has on our environment. The potential solutions range from carefully designing menus to developing new plant varieties. The key to success is bringing all of these innovations to scale.

“Food waste is something that we can control, and—as consumers—we can combat climate change by minimizing carbon footprint,” said Danielle Vogel, owner of the Washington, D.C.-based Glen’s Garden Market, which follows a self-imposed mandate to generate no food waste.

She and the store’s chef carefully develop menus for the store’s prepared food section, with an eye toward cutting food waste. They repurpose grocery items that consumers likely wouldn’t buy in the store as ingredients, such as using bruised tomatoes for salsa.

Chef Tim Ma, owner and executive chef of American Son, seconded Vogel’s point on menu planning being key to cutting food waste, saying that he and his kitchen staff are always looking for creative ways to use the same ingredient in multiple dishes.

Grocery stores and restaurants contribute to roughly 19 million pounds of food waste each year, according to a 2018 analysis from ReFed, a nonprofit focused on reducing food waste. Both Chef Ma and Vogel underscored that companies like theirs must play a critical role in addressing this global issue.

Science is Leading to Solutions

Bruised and browning produce are a top contributor to food waste in restaurants and grocery stores. For instance, research shows shoppers aren’t quick to put bruised potatoes in their grocery cart, even if the vegetables are perfectly healthy and taste fine. And in restaurants, potatoes prepped before the dinner rush often need to be thrown out at the end of the night because of their brown color.

J.R. Simplot, an Idaho-based agriculture company, is looking to change that by developing a new potato variety less likely to brown.

Here’s where innovation can help to bring solutions to scale. Through gene editing, scientists at companies like Simplot make small changes to a potato’s own genetic code that make them more resistant to bruising and browning. The result is a potato that could cut potato waste almost in half. And that’s how we start to really solve the challenge of food waste and climate change.