Global health researchers have long known that Vitamin A deficiency—which is common in West African nations like Ghana—can lead to devastating health outcomes.

Lack of this essential vitamin is often linked to eye ulcers and blindness, along with a reduction in the body's ability to fight off infections. Wherever Vitamin A is wanting from the diet, cases of diarrhea and measles skyrocket and overall health statistics are grimmer.

Certain subsets of the population—namely pregnant women and young children—are the most at-risk. In Ghana, for instance, some 45 percent of children under six have dangerously low levels of Vitamin A, according to World Bank data.

Around the world, supplements and diet changes have long been proposed as a "simple" solution. But decades of efforts largely failed because impoverished farm families could not afford even modestly priced vitamin supplements, and were extremely reluctant to change their eating habits.

Enter a researcher from the Department of Molecular Biology and Biotechnology at Ghana's University of Cape Coast. Plant geneticist Samuel Acheampong believes the answer lies at the intersection of a popular crop with a breakthrough plant breeding technique. 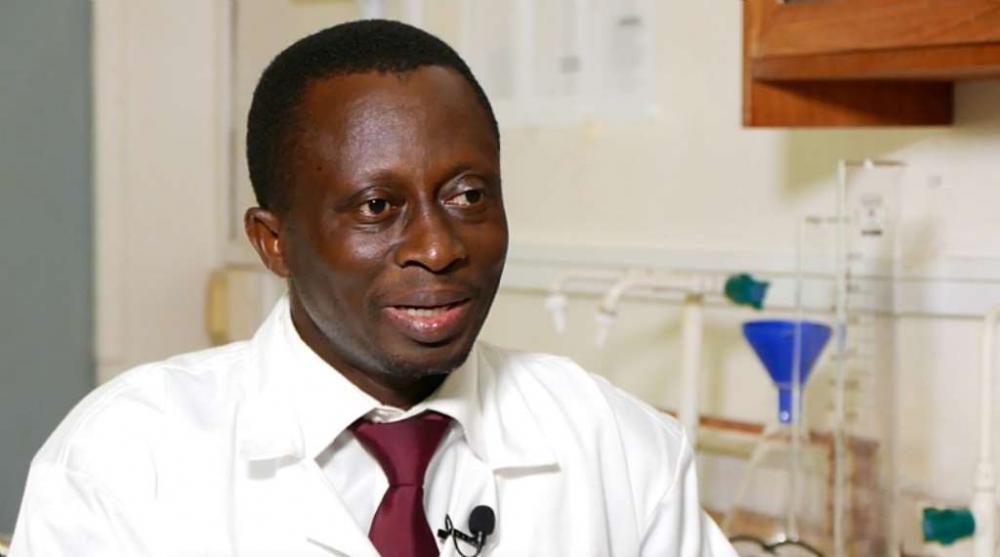 Acheampong is using CRISPR-Cas9 gene-editing technology to develop a sweet potato that will not only taste delicious, but deliver a desperately needed dose of Vitamin A, acting as a preventative medicine against blindness and infection.

He chose to work on the sweet potato because it's widely embraced in Ghana, easy to grow, and adaptable to different environmental conditions. His first goal is to increase the quantity of beta carotene in the plant. Human cells transform this substance into Vitamin A.

Lack of Vitamin A is often linked to eye ulcers and blindness, along with a reduction in the body's ability to fight off infections. Ghanaian researcher Samuel Acheampong hopes to increase the health of sweet potatoes with CRISPR.

Acheampong's method is to remove genes that produce an enzyme that converts beta carotene into other products—which will leave a higher beta carotene content in the crop.

At the same time, Acheampong is researching how to use CRISPR-Cas9 to accomplish another goal: to increase the flow of sugars throughout the sweet potato plant, with the goal of increasing overall yield.

It's early days for the Ghanaian scientist. He reckons it will take him about five years to complete his sweet potato research. That said, his work is enormously promising. If he succeeds in increasing both beta carotene content and crop yields, he will have lifechanging super plant on his hands, one that improves health, fights hunger, and helps farmers thrive.

In Ghana, gene-editing is being applied to solve real world problems—one sweet potato at a time.