Oh No, Not Onions!

When was the last time you read a savory recipe that didn’t start with onions? Onions are popular among chefs and home cooks alike for their range of flavors, textures, and even health benefits.

But for at least the last 23 years, a pathogen known as P. ananatis has been causing increasingly more concern to farmers and researchers as it makes its way across Georgia killing off onions and similar crops in its way.

P. ananatis is a bacterium that enters onions through the leaves, weakens and “colonize[s] dead onion tissue damaged in its initial attack,” according to a recent Seed World article.

That stinging to your eyes when cutting onions are from a compound known as “thiosulfinates,” the onion’s natural reaction to cell damage. Normally, this same compound would fight off and kill any bacteria that try to enter and spoil the onions. However, that has not been the case with this bacteria strain. 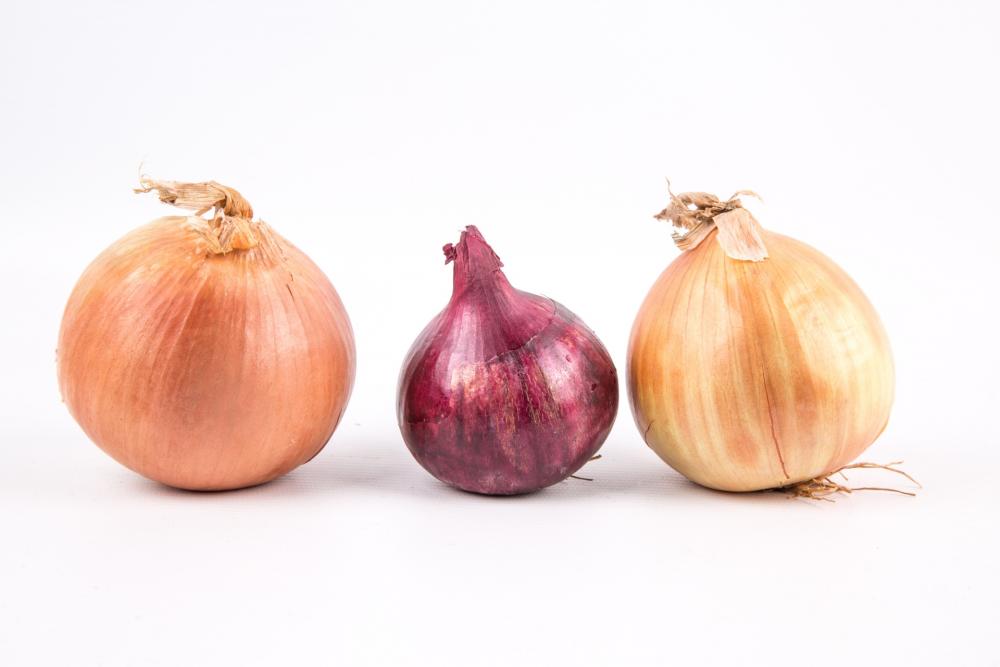 Like most bacteria, P. ananatis thrives in wet and humid temperatures—something we’ve seen more of as we continue to battle climate change—and thus in recent years is only getting worse.

Researchers have not found an onion variety that is resistant to P. ananatis.

But at least two other solutions may be on the horizon, and both include gene editing.

Researchers at University of Georgia (UGA) have recently discovered the gene in P. ananatis that makes it so resistant to the onion’s natural defenses. They are working to develop an onion that is resistant to this damaging strain and hoping they can turn off the bacteria’s gene that is circumventing thiosulfinates in onions.

“To be able to fight something effectively, you have to know how it works. We know this thing is different. Knowing why and how it causes disease helps us to find a better way to fight it,” said Brian Kvitko, lead author of the study and an assistant professor in the Department of Plant Pathology at UGA.

Finding a solution to onion center rot is critical to saving Georgia’s onion industry, but will also benefit other onion powerhouses, including California, Washington, and Oregon. Since the bacteria causes issues in other produce of the same family, this research has positive implications for garlic too.

So fear not, with the help of science, that classic onion and garlic combo is not going anywhere!