The cassava is a malleable, starch, root vegetable grown in many warm, dry climates of the world. You might recognize it as yuca. In Eastern and Central Africa, it is a primary, and sometimes solitary staple of the diet.

Despite the ability to turn cassava into an endless number of palatable dishes, the vegetable has two major issues affecting the people who rely on it the most. First, cassavas are facing the threat of cassava brown-streak disease, limiting available food and second, cassavas have a natural element that can cause severe physical and mental damage in the populations who need it most.

For the millions of people it feeds, this important crop cannot be rendered unusable. That’s where gene editing comes in. 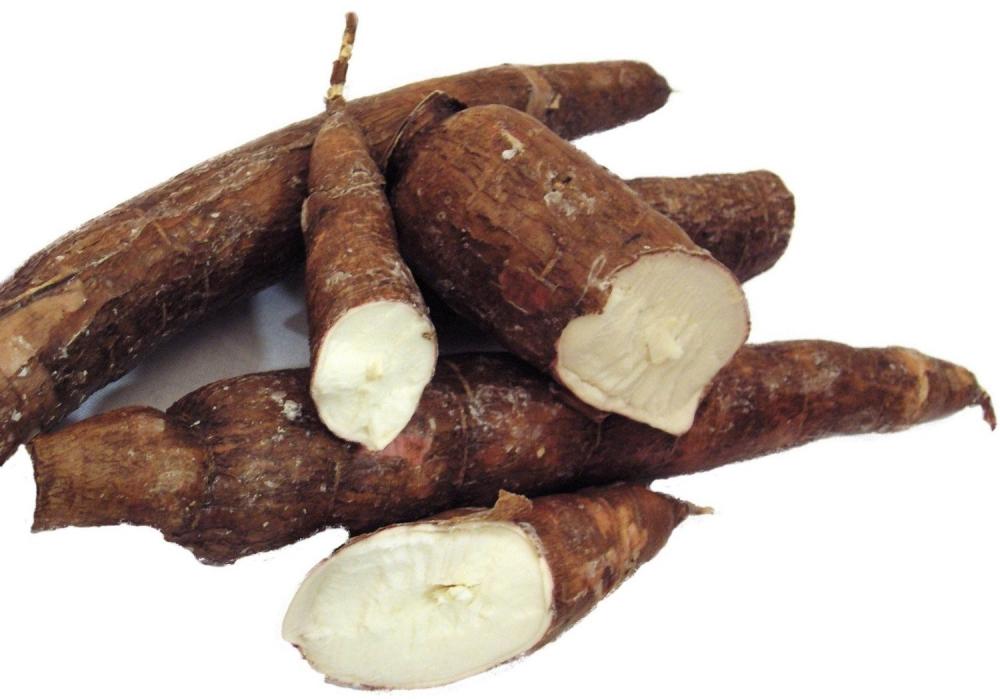 Cassavas are susceptible to cassava brown streak disease (CBSD). It is a sneaky affect that kills the plant slowly rendering the plant inedible. Because CBSD can be difficult to identify, sometimes infected roots are replanted, spoiling the bunch. Infected farm tools can pass on the disease. Ugandan scientists are working on a way to gene edit cassavas so that it is resistant to the disease.

In fact, the tubers already have a unique way of repelling insects—a natural process that can also be harmful to humans but is being made safer through gene editing.

Cyanide is a natural ingredient that is found in very small amounts in several foods. In cassava specifically, the plant produces increased amounts to protect itself against insects. This typically isn’t a problem for most of the world’s population. When the root is soaked in water for several days before consumption, it dramatically reduces the cyanide present. Otherwise, in a varied diet, proteins like beans and fish can detoxify the plant.

However, in really poor areas where soaking the cassava or eating other foods is not possible, this increased amount of cyanide can cause cognitive issues and worse, crippling known as konzo.

Gene editing can help remove the cyanide content from cassava. This great video from the American Seed Trade Association in collaboration with Croplife International demonstrates how University of California Berkeley researchers are working to preserve cassava nutrients while removing cyanide.

The cassava is a critical crop whose ability to thrive has great implications for millions of people. With gene editing, this vegetable can continue to sustain the world for generations to come.